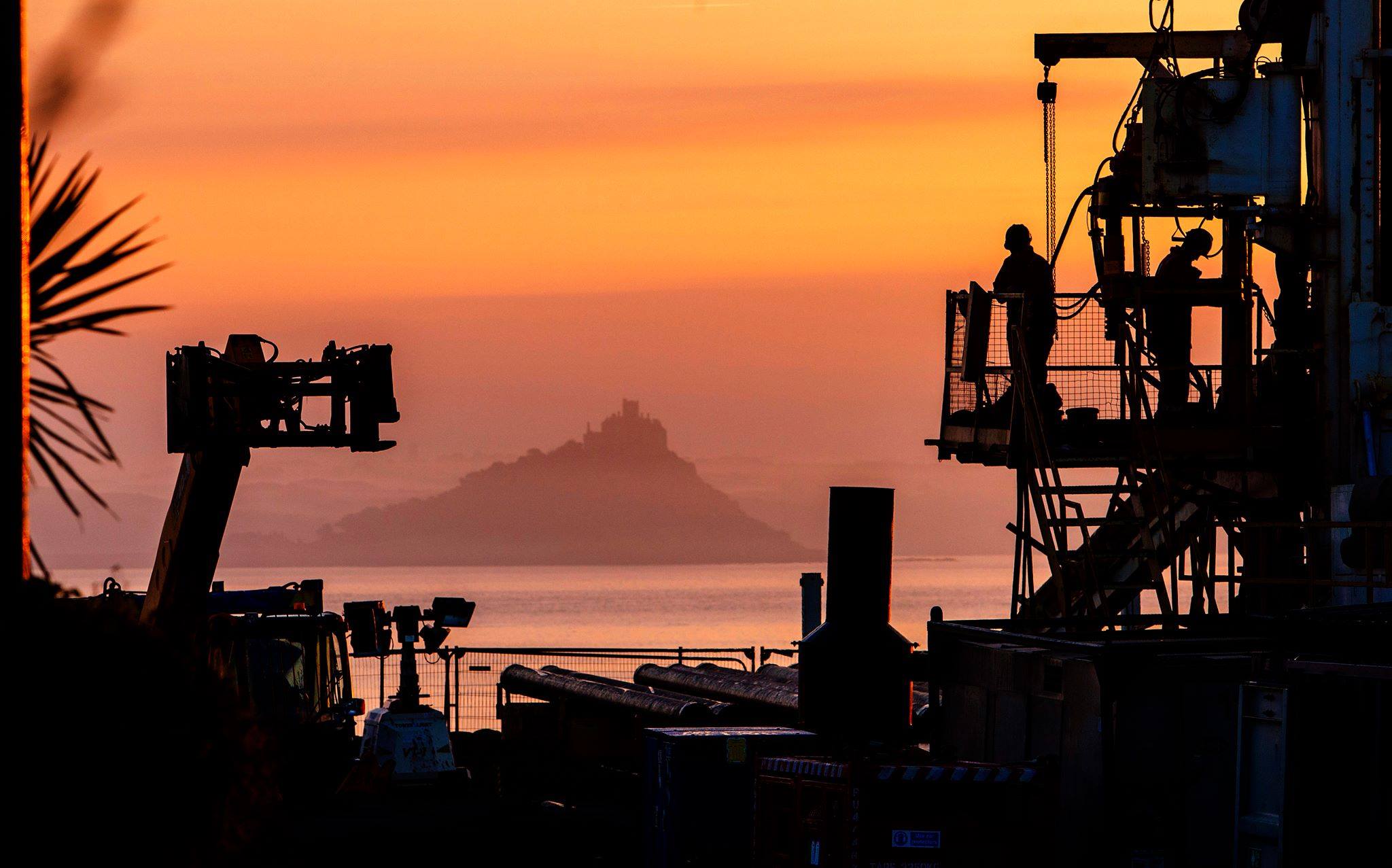 A project to heat Penzance’s iconic Jubliee swimming pool has virtually struck gold. Geothermal Engineering Limited have drilled a well to 410 metres deep and successfully found a warm water ‘geothermal vein’. The water at this depth was much hotter than expected at almost 30 degrees Centigrade. The system will now be developed so that a section of the pool can be enjoyed all year round providing a wonderful resource for residents and visitors alike.

The successful drill concludes the first part of the scheme and will now allow the project to develop the integrated system that should see the public bathing in the hot water section of the pool during 2019. This project is a very important part of a wider aim by Geothermal Engineering Limited to prove the viability of geothermal energy in Cornwall and follows last week’s start of drilling at the United Downs Deep Geothermal Energy Project near Redruth.

The drilling was logistically challenging as it was in the town centre and the well reached a depth of 410 metres, equivalent to one and a half Eiffel Towers, or just 10 metres less than Brown Willy (Bron Wennili) which stands at 420m. The project is funded by the European Regional Development Fund and Geothermal Engineering Ltd.

“We are delighted that we have hit the hot water vein. It is warmer than expected and capable of yielding much more geothermal energy than planned. We can now work with the Jubilee Pool team to deliver an amazing, sustainable facility for local residents and tourists alike. The drilling has been completed and we would very much like to thank all the local residents for their patience and co-operation.” Said Ryan Law Managing Director of GEL.

The Jubilee Pool is a celebrated Art Deco lido on Penzance Promenade that was first opened in 1935, the year of King George V’s silver jubilee. When faced with dereliction of even closure, the local community formed the Friends of Jubilee Pool and have put the pool back in pride of place in the town.

Jubilee Pool has recently raised over £500k via a community share offer towards the £1.8m project to construct a new heated section of the pool, double the size of the cafe and create new community space, this will now allow the pool to open all year round from spring 2019. Further funding has been sourced from the Architectural Heritage Fund and the Co-operative Community Investment Foundation.

One of the directors of Jubilee Pool, Martin Nixon commented “My brother Charles initially suggested that we should heat a section of the pool with geothermal energy over eight years ago, so I’m thrilled to see his fantastic idea move ever closer to reality. I’m confident it will be a hugely popular attraction, and that the resulting economic benefits to Penzance will be significant.”