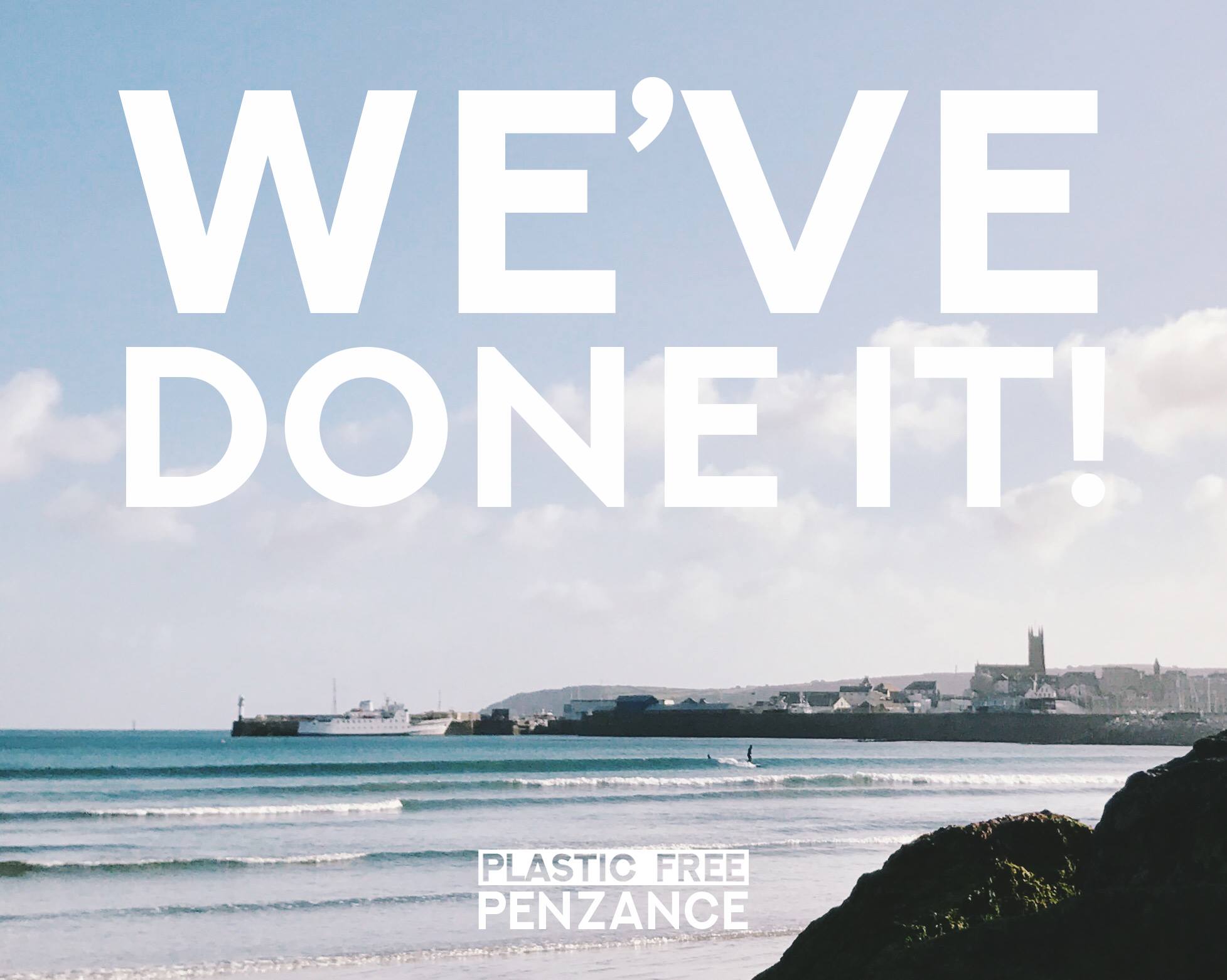 Popular BBC prime-time show The One Show headed to Penzance recently to visit the plastic free warriors that helped the area gain the first Plastic Free Town status in the whole of the UK.

Since the accolade was announced Penzance has become an inspiration for towns and villages across the country, all eager to get involved with the eco-friendly scheme.

One such place is the village of Aberporth, which hoped to become the first town in Wales to achieve Plastic Free status.

To help business owners in the village on their journey to ditching single use plastics, The One Show brought them to Penzance to speak to the people leading the way.

Staff from Archie Browns Health Food Shop and Vegetarian Café, Fraser’s Fish and Chips, The Granary and The Tube coffee van spoke to The Ones Show reporter Lucy Siege about their plastic-free experiences so far and shared advice and tips with the Aberporth visitors.

It was only a few months ago that St Agnes based charity Surfers Against Sewage (SAS) first launched the now coveted Plastic Free Town status as part of its Plastic Free Coastlines initiative.

The status is only given to towns that meet a number of criteria laid out by the charity to help slash the amount of plastic waste output.

A total of 17 businesses in Penzance jumped on board with the scheme pulling together to swap plastics for more sustainable and eco-friendly items, and in December 2017 it was officially announced that the town had done enough to achieve its goal.

Presenter Alex Jones said: “They did learn quite a lot from Penzance as it happens as there has since been good news.”

At the end of the shows segment, which aired on BBC One at 7pm on Monday January 24, it was announced that Aberporth had indeed managed to become the first town in Wales to gain Plastic Free status.